Newcomers to web design, don't be put off

I started out in 2009 creating websites. I started doing this in the evenings and weekends because I realised that that was what I wanted to do. It took a fair amount of motivation to come home from a full time job and to learn new skills. I think the web design industry demands motivation, it keeps everyone on their toes. If you stay static and refuse to look at new technologies/findings then you get left behind. This is unfortunate but true. So stay open and hungry!

I hope newcomers (I've only been in the industry for 2-ish years so I suppose I am still a newcomer) to web design read this article and come away with a reinvigorated sense of optimism and passion. 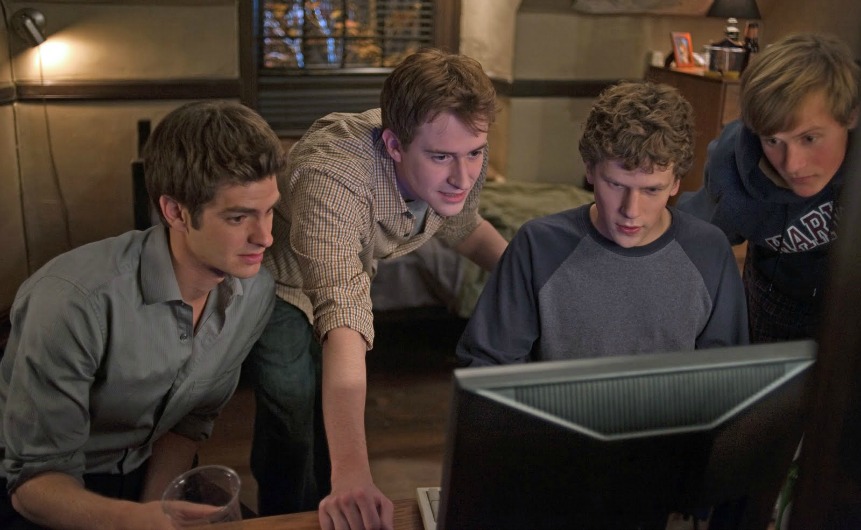 I got into the web because it's not just a 9 to 5 job. It's a lifestyle choice, it's the ultimate way to express yourself and create just about anything you want. Pictured above is from The Social Network, now this came out a while after I started developing but I actually found this incredibly inspiring. I'm not too much of a Facebook supporter but seeing Mark Zuckerberg's story told in this hollywood way really spurred me on further to keep creating and thinking about new ideas.

When I began learning HTML & CSS from the W3Schools I was blissfully unaware of Twitter and tutorials/blogs from other designers and developers. I'm not sure if this helped or hindered me.

One the "helped" side i missed out on the petty arguments that can occur between certain "Big names" in the industry, which to a newcomer may be off putting and distracting from what actually matters.

Another "helped" point is that I found my own way of learning, I wasn't influenced by the hottest trend at the time or the flavour of the month CSS framework, I could just learn the raw components of what I needed.

However, it's a big however, on the "hindered" side I missed out (briefly, maybe less than 6 months) on the ever growing, ever helpful, fantastic community we involve ourselves in. No joke, if I had not have tapped into places like http://tutsplus.com and http://stackoverflow.com I would not be where I am today.

I decided not to go to university and at the time of making that choice, the idea of working on the web wasn't even on my radar.

So I had no structured learning. No one stood over me giving me assignments and tests. But, to be honest, I don't feel like I missed out on the technical side of it. Sites like http://thenewboston.org/ provide so much learning material in easy to digest mediums. I found not going to university allowed me to learn by doing. Learn by creating.

There are certain problems you do come across from not going to university, as I have come across. The one that I felt held me back the most was actually working with other developers and designers. When you are self-taught, it tends to be quite a lonely role for a while. I would certainly suggest finding someone to partner up with to hack around projects and hey, even make some money from doing Mr Joe Blogg's Shoe Shop website. It's a start.

Learning from others is the most valuable tools I find. Nothing beats human interaction to work through a problem. Good advice also comes from people telling you to RTFM, though it seems unhelpful at the time, go with it, suck it up and do it. You'll be a greater professional that way.

My first website I (tried to) build was a music related website which was backed by a MySQL database and PHP powered, I found this to be a little more complex than I anticipated and begrudgingly abandoned it. But undeterred, I lowered my sights and made some more realistic creations.

My advice would be to move slowly up the "skill ladder" and get a solid grounding in a technology/language before you move on to bigger things.

Also, I found that side projects were (and are) the best thing for fuelling learning. I still create side projects now and find they satisfy my hankering to work with the web. My latest project is a Movie web app which pulls data from TMDb and allows users to save a Movie to their own "Bucket List" of films to watch before they die. Simple but very relevant to what I enjoy - watching movies. This personal involvement makes it easier to get motivated to sit in front of my iMac and code instead of, say, sleep.

Recently a list was put together of all the necessary skills to become a frontend developer. Very useful, but very daunting to people just learning to make text italic. From that list, you could boil it down to HTML, CSS & Javascript (PHP + MySQL if you're drawn to development as well as design). Responsive Web Design, Progressive Enhancement and Fluid layouts are aspects of design, not skills. Do not even take notice of them when you are just starting out. Learn to code well or design beautifully, the above terms are to be adapted to after learning core skills, not during. You don't want to cloud your learning. With those 5 skills listed above, you could adapt and pick up anything else on the list from the link above (ok, apart from Ruby maybe).

So my closing statement is, unfortunately, an overused saying. But "Stay Hungry. Stay Foolish".

A list of great learning resources (that I've personally learnt from):